We have seen in recent weeks how hard a job refereeing is, especially at the top level. I was recently reading Alain Rollands book – The Whistle Blower – which gives a great insight into how refereeing has changed over the last number of years. Even if you look at the role of the TMO, in the early days there we 4 or 5 cameras at a ground, now there are 20 or 30. This is something that makes the job of the referee much more difficult.

Given that referees in all sports are verbally and physically abused, why would you take up refereeing? The truth is abuse in rugby is extremely rare and our referees are still held in the highest regard by players and supporters of the game. Obviously it is easy to have a pop at a referee rather than a player. Sure we make mistakes, but doesn’t everyone on the field?

Rugby referees are the envy of many sports. We have had referees from different codes at our meetings over the years and they have reaffirmed this to us. We do not take this respect lightly. In fact we work hard to ensure we stay on top of our game. We are there to facilitate the game and in our view we are the 31st person on the field.

Having recently watched the Setanta Sport series ‘Men in Black’ it is clear how different refereeing different code is. It is a series that is well worth a watch. There are vast differences between Gaelic Football, Hurling, Soccer and Rugby. The preparation of all four referees in the series is the same but the minute they step on the pitch it is a different story. Whilst all referees command some respect from players on the pitch there seems to be a lot more formality between the communication of rugby referee and the players. Does this lead to a better game? Does it lead to greater compliance from players?

Alains book was something I was really looking forward to. He has come from a playing background, at a high level, into refereeing by accident. A similar path was taken by John Lacey of Munster and Glen Jackson of New Zealand. I guess being a referee and having worked with Alain a number of times, it was a book that I couldn’t put down, having managed to read it on a flight from Dublin to Chicago. I would recommend it to aspiring referees and anyone currently blowing the whistle. Alain gives a great insight into his life, his playing days with Leinster and Ireland and his rise to the top of the refereeing ladder. What interested me more was what he wrote about his thinking of refereeing, his preparation and the huge amount of work he put in to referee the holy grail – the World Cup Final. Anyway enough of the free plug, it is an excellent read.

Our young referees who have been selected for our development programme enter into a physical training regime set and monitored by the Leinster professionals. They are educated by our elite coaches and take part in the inter-province exchange under the watchful eye of Dave O’Brien at the IRFU. It is no coincidence our referees are the most sought-after in Europe and on the world stage. Whether you are a retired player, or you wish to choose a career in refereeing we have a game for you. 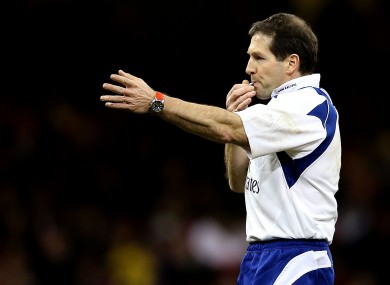 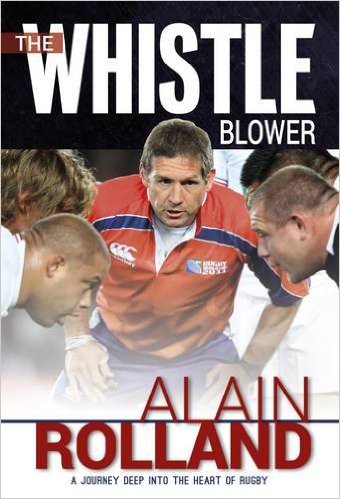